Read the full article to determine whether the Meta Quest Pro is worth the upgrade. This article will provide reliable information gathered from historycomputer.com, androidcentral.com, VR-compare.com, and meta.com. Read through the entire article to find the worthiest VR headset.

As you see in the aforementioned chart, Meta Quest 2 and Meta Quest Pro have very slight differences when comparing their properties. At a glance, you can see that Quest Pro has some better properties than Quest 2. The question is, is it worth purchasing Quest Pro for $1500 when Quest 2 possesses similar features with slight changes?

Read the next section to identify the significance of Meta Quest 2 with Meta Quest Pro.

The Meta Quest Pro, which was released on October 25, 2022, has the best specs out of all the VR headsets. The most significant feature is its graphics. And it’s more biased towards high-budget professional use than gamers who are willing to use a headset on a day-to-day basis.

Even though the Quest Pro is upgraded graphically and structurally, its resolution remains the same, with a little improvement compared to the Quest 2. Quest Pro headsets’ storage is 256 GB, but Quest 2 has two storage choices (256 GB and 128 GB). Quest Pro is vividly an extended version of Meta Quest 2, with a big hype.

It’s worth purchasing Meta Quest 2 since it still has similar qualities to Quest Pro, with some subtle deviations. The quest pro is 1500$, which is far more expensive than the quest 2. If you are a gamer willing to immerse in the VR world, Meta Quest 2 is the best accessory since it comes much cheaper than the amount of Quest Pro with slightly similar qualities.

Meta’s best-selling VR headset is Quest 2, occupying 66 percent of its market. Although the Quest Pro has the best specs available in VR headsets, the Quest 2 has solid specs that are more than enough for a modern headset. As you see in the aforementioned table, Meta Quest 2 has only some slight deviations compared to Quest Pro.

The chipset and the resolution are almost identical to those of the Quest Pro headset. Meta Quest 2 also has two storage options: 126 GB and 256 GB, the same as what Quest Pro offers. Additionally, you can choose your storage limit with the two options. It’s obvious that the Quest Pro’s minimal upgrades are not worth an extra $1100.

The Meta Quest 2 has the same battery life as the Meta Quest Pro and is built with a comfortable and durable structure. Quest 2 also gets regular upgrades over the years, which is another plus point. If you are willing to get into casual VR gaming, Meta Quest 2 is worth purchasing for $400 rather than paying $1500 for Meta Quest Pro.

Even though the Meta Quest Pro happens to be a better VR headset, it is only for some willing to approach VR gaming. It is fundamentally created for professional players. Therefore, Meta Quest 2 is better for purchasing since it promotes almost all the features of a Quest Pro with slight deviations for less than 500$. Thus, buying a Quest 2 for $400 is more convenient than paying an extra $1100 for a Quest Pro.

How much is the Meta Quest Pro?

Can I use Meta Quest while charging?

Yes, you can charge and play Meta Quest 2 and pro at the same time.

Yes, it does support 8K videos 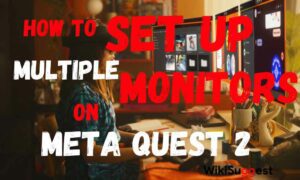 How to set up multiple monitors on Meta Quest 2? 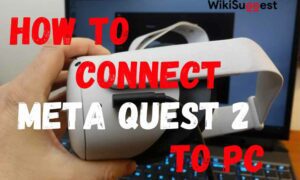 Connect your Meta Quest 2 to your PC. Why? Everything you need to know is right here. 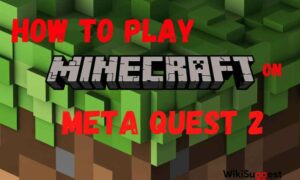