The Meta Quest 2 headset is one of the most the most famous and affordable VR headsets. It has been designed for stand-alone use or use with other compatible devices (PCs) with the help of the Oculus Link feature.

The most pressing question in the minds of PC gamers is Does Meta Quest 2 work with Steam? The simple answer is yes. The Meta Quest 2 headset is primarily designed for use with games in the Oculus official store. However, the simple process of tethering the device to your PC opens up a whole new variety of gaming possibilities for your new headset.

“You can’t save the galaxy if you’re not in it. Take on the wilds of Batuu in StarWarsTales and PlayForReal with Oculus Quest 2.”

Does Meta Quest 2 work with Steam?

The most innovative feature of Meta Quest 2 that enables it to work with Steam seamlessly is that while it is a standalone device with a selection of games in its official app store, this device can be connected to your PC as a PC VR headset.

The Steam VR store will feature games optimized for use with Meta Quest 2 by indicating Rift support. But since the device has been connected as a VR headset, it can technically be used to play any game in the virtual reality platform, as long as you take time to configure your controls within the device interface.

How to connect the Meta Quest 2 on Steam?

Connecting… Connection Successful! follow these steps to get started with connecting your Meta Quest 2 to Steam.

You will also need to install the desktop version of Steam on your PC, that is if it’s not already available. You can download it from here.

The Meta Quest 2 comes with an official Oculus Link USB cable (Not included. Currently retails at $79.99). However, a cheaper alternative USB-A or USB-C cable can be used. The company recommends obtaining a cable that is at least 10 feet long to ease mobility while playing. The box includes a standard USB-C cable which you can start with.

You’re all set! Run Steam VR to get started and play your favorite games. (You can launch Steam VR from your PC or the app library on your device)

What Games can you play on Steam using Meta Quest 2?

We’ve got great news for you. According to user reviews in Steam discussion forums and Reddit, the device can be used to play any game from the Steam VR library. Some control configuration is required for some games but mostly it’s a seamless experience.

It has also introduced an experimental mode in which the device can reach a refresh rate of 144Hz for compatible devices.

Go get started with your new Meta Quest 2 device and experience immersive gaming on Steam VR today. There’s lots of valuable information and advice for those who came here today to find out how to connect the Meta Quest 2 on steam and hopefully it will also encourage new users to get on board with the exciting world of VR gaming.

Does Meta Quest 2 work with Steam?

Yes. The headset can be tethered to a PC and used as a PC VR device to play Virtual Reality games on Steam VR.

Can the Meta Quest 2 work wirelessly?

Yes. The Meta Quest 2 is capable of connecting to your PC wirelessly through your WiFi network.

How long does the battery last?

The Meta Quest 2 can be used untethered (wireless mode) for around 2 hours. It can reach a maximum of 3 hours of use for less power-consuming activities such as watching films etc.

Are there any specific configuration settings inside Steam VR to use the Meta Quest 2?

No. The device connects to the PC and works as the default PC VR device used for Steam VR games. 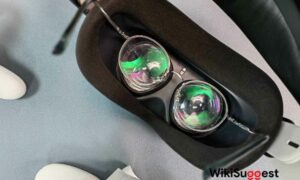 Do You Know Meta Quest 2 comes with a glasses spacer? and Here is a how to use? 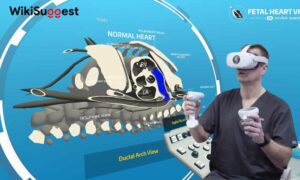 Is it worth buying the most expensive app on Meta Quest 2 ?| Fetal Heart VR 2.0 complete guide