Sixteen years ago, on the 4th of September, 2006, Steve Irwin, “The Crocodile Hunter,” grievously died due to an attack by a stingray. This is the Steve Irwin’s death story from history.

A program that stopped for death

That day, Steve Irwin planned to film the “Ocean’s Deadliest“. It is a nature documentary and was direct by John Stainton and host by Philippe Coustea Jr and Steve Irwin. But unfortunately, because of the inclement weather caused on that day, the program was cancell.

However, four months after Steve Irwin’s death, ‘Oceans Deadliest’ broadcasted on the ‘Discovery channel in the United States. It was completed with footage shoot weeks after the accident without mentioning his death.

The journey of death that the weather couldn’t stop

Because filming of the ‘Ocean’s Deadliest’ was called off due to bad weather, he was stuck with the cameraman- Justin Lyons, and the director- John Stainton, at the hotel. Irwin felt bored at the hotel and decided to snorkel in the water.

They took out a small boat on Batt Reef, off the coast of Port Douglas in Queensland, to create a children’s nature series. Which is searching for footage of his daughter- Bindi the Jungle Girl, which she would eventually present at her show. They decided to film in shallow water for better footage. They were searching for a tiger shark. But Irwin unexpectedly saw a stingray at once.

Stingrays are a group of cartilaginous fish related to sharks. They move their whole bodies wavy to swim in the water. They are known for their dangerous tail. This spinal blade is also known as a sting or a barb.

A barb is covered with rows of sharp spines made of cartilage. It’s very strong and is used for defense to go through the attacker’s skin. It is not only piercing but also causes pain and injury- a bleeding wound that may become swollen. Barbs release a complex of venom and cause many effects. Such are fever, nausea, fainting, low blood pressure, paralysis, arrhythmia of the heart, and even seizures it may cause.

Steve, ‘The Crocodile Hunter’ who the stingray barb defeated

Because the stingray is one of the unique and most giant aquatic creatures in the world, Irwin might be sparked a lot of interest. It is an eight-foot width, and Irwin started swimming towards it. His effort was to capture a scene of stingray.

He and his team wanted the perfect shot. But they didn’t hope for such a disaster to happen after that. Instead of swimming away, the stingray stabbed Irwin’s chest. After multiple stings and stabs, he was injured severely and caused to death.

Justin Lyons was recording from earlier. After even this tragedy happened, he continued to film. Irwin had said strictly that anything that happened to him should be recorded. His IMDb biographer Tommy Donovan once said, “He tells his camera crew to always be filming. If he needs help he will ask for it. Even if he is eaten by a shark or a crocodile the main thing he wants is that it would be filmed. If he died, he would be sad if no one got it on tape.”

He tells his camera crew to always be filming. If he needs help he will ask for it. Even if he is eaten by a shark or a crocodile the main thing he wants is that it would be filmed. If he died, he would be sad if no one got it on tape.”

The camera crew recorded the whole tragical moment. There is footage of Steve Irwin’s death too, but it was deleted later because of the request of his wife. She didn’t want to release it publicly.

The last words of Steve Irwin

After the attack, the crew could get Irwin back into the inflatable boat. Lyons was reminding Irwin to think about his kids- Bindi and Robert. Lyons said, “He just sort of calmly looked up at me and said, “I’m dying,” and that was the last thing he said.”

Steve Irwin,’ The Crocodile Hunter,’ had a fantastic life being an animal enthusiast and a nature lover. He brought out the interest of the entire population worldwide towards nature and animals.

Is there a video of Steve Irwin’s death?

There was video tape of Steve Irwin’s death. But it was deleted after few years. 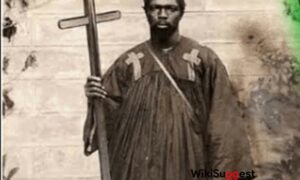