On September 11, 2001, the history of the United States changed forever when the terrorists hijacked four American aircraft and steered thousands of innocent people toward their death.

Here are five facts about September 11, 2001, that you may not have known:

Fourteen cows were handed over to the United States by members of a Masai tribe who live in a remote village near Kenya’s border with Tanzania.

(Fourteen cows – the most precious gift they could give to help America recover from the 9/11 attack.)

2. New York Times wrote an article about every 9/11 victim.

The New York Times has compiled a list of articles relating to 9/11 victims. Check out this link for all the articles written about each victim.

Jackie Chan reveals that he was due at the World Trade Center to shoot scenes for a movie, but that filming was canceled because of a late script.

4. The largest sea evacuation in the USA happened on 9/11

American Maritime transported over 500,000 survivors from lower Manhattan across the harbor to safety.

Yachts and Tugboats Evacuated over 500,000 People Away in less than 9 hours.

5. CIA had a secret office on the 25th floor of the WTC

A secret office of the CIA was destroyed in the 9/11 attack on the World Trade Center. 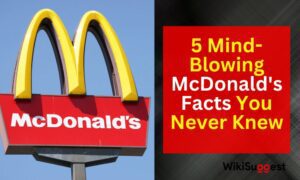